Cuddles turned two at the end of July. She continues to do very well. I am beginning to see her “real personality” now as she ages out of the puppy stage, although she still has a lot of puppy in her. She loves toys. She falls asleep with toys in her mouth. She has refused to drop a toy when tempted with raw hamburger meat. Cuddles has never met a stranger. She also loves  people. When I take her to Pet Smart, she wants to meet everyone, and she wants everyone to pet her.

So far, she is good with other dogs. Unfortunately, she hates cats. I think she just has a very strong prey drive. She’ll start getting antsy at the park if she sees a bird or squirrel. Any little furry critters on the ground running away trigger something in her brain that must be instinct. So when my cat, Beast, is just sleeping or holding still, Cuddles is cool with him. But the moment he runs …. not good. I basically have to keep them totally separated. It’s not too hard because Beast has always been more of an outdoor cat.

Recently, Cuddles has learned to open doors. I have to lock the doors or put chairs up against them, otherwise she will open the door and let herself out. She weighs about 55-60 lbs. But she is solid and very compact. Her chest just keeps expanding and she’s really filled out in the past several months.

I never, ever thought I would be the owner of a pitbull. But I just adore Cuddles and I am thankful every day that the man who found her in the ditch brought her to me.

Prepare yourselves for head-exploding cuteness …

This is Mark, full name “Makers Mark.” I took these shots several hours after he was born.

One thing I did not know about newborns is that their legs are already 2/3 of the length they will reach at adulthood. As you can see, they are nearly as long as his mama’s. It is mind-boggling how he fit inside her only a few hours earlier!

I had never seen a newborn horse. He spent much of the time sleeping, with mama closely on guard. Then he would wake up for a few moments, eat a bit, and try to walk around. 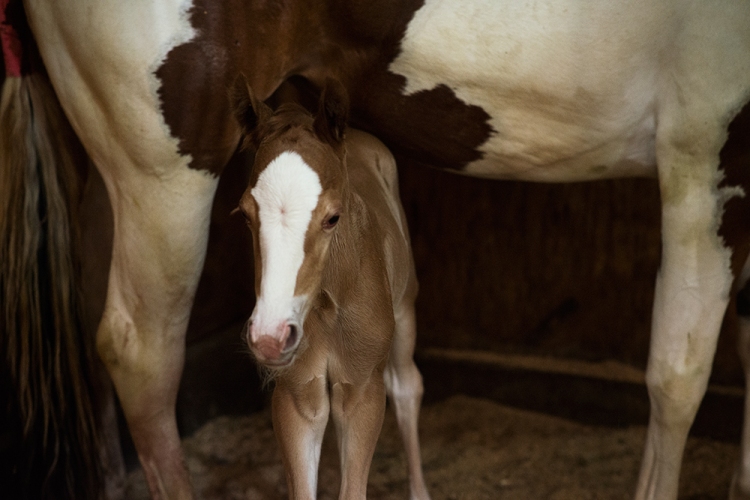 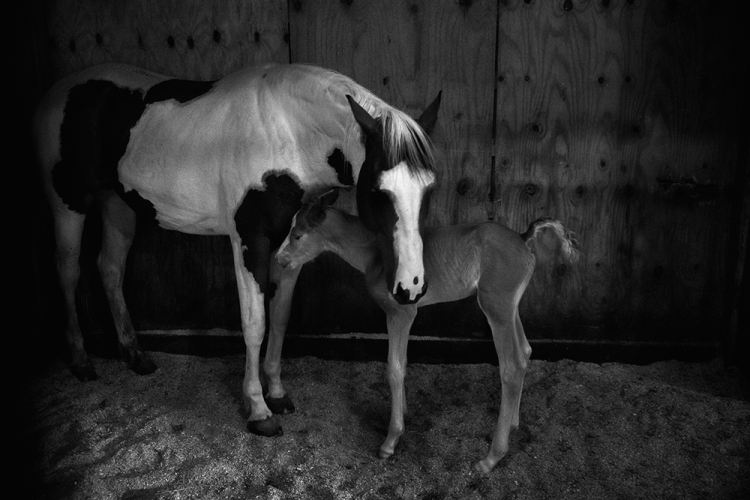 There will be many more shots of little Mark in the coming weeks!